PETRA IS TEACHING "WE BEE"(EVIEDOBEES OUI BE ROCKIN THE ENVY AT MAXIMUMS) HOW TO "STACK" FOR CONFORMATION SHOWS!

Boston terriers are a great dog for children to work with...their size and quick training ability makes it easy and enjoyable .Children may also want to take an interest in showing their bostons  in "conformation shows" or even "agility" competitions..it is a really fun way for your child to interact and enjoy their boston buddy even more! 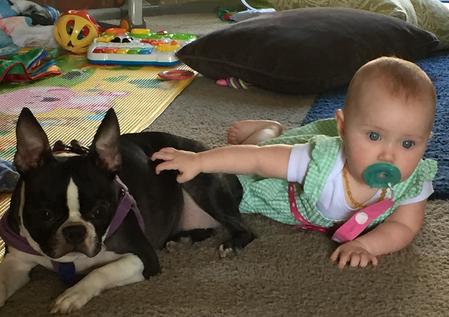 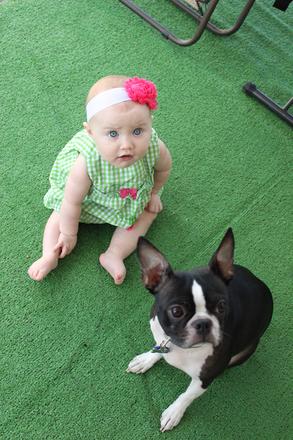 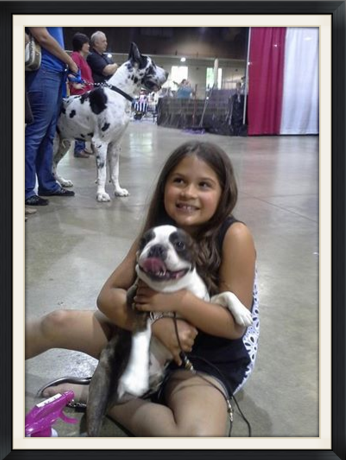 DRESDEN IS SHOWING "WE BEE" IN HER FIRST PUPPY CLASS! 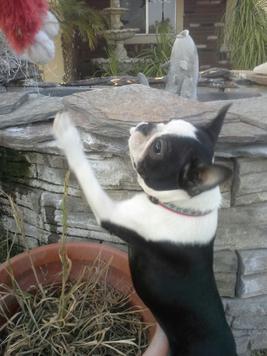 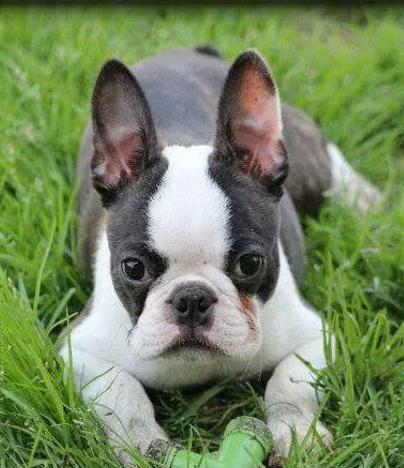 The American Kennel Club now allows young children to be able to show their dogs in conformation shows!!! 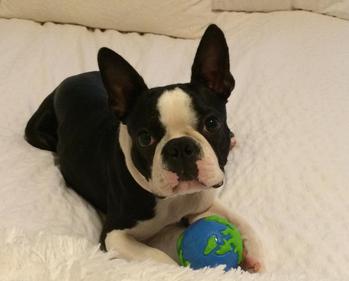 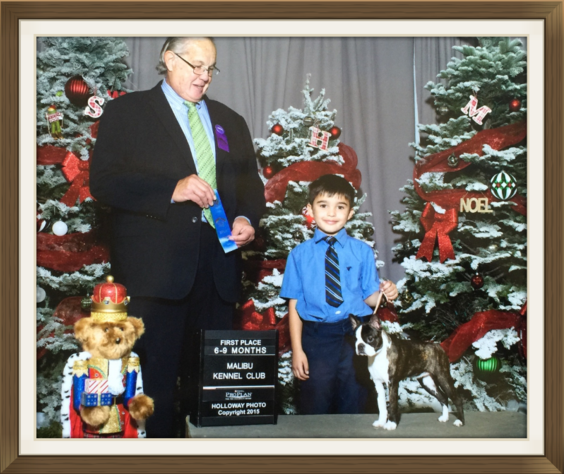 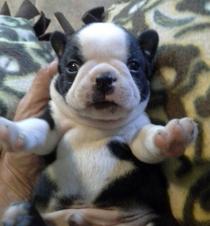 AIDAN WAS SO EXCITED TO GET HIS BOSTON "MOLLY" AGILITY IS ON HIS MIND! 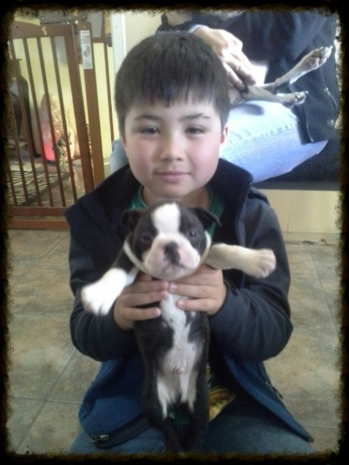 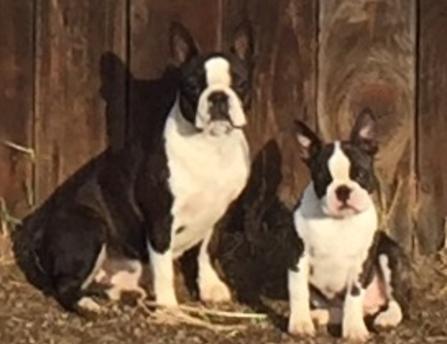 The Right Breed for You?

The Boston has been nicknamed "the American Gentleman" because of his dapper appearance, characteristically gentle disposition and suitability as companion and house pet. They require only a moderate amount of exercise and a minimum amount of grooming. The breed is easy to train and they are easy keepers, preferring to remain by their owner’s sides.

Boston born and bred, the Boston Terrier is a true American gentleman. He's happy as an apartment-dwelling city dog or living anywhere his people are. Your Boston Terrier puppy, with his sturdy body and lively intelligence, is easily trained and always ready to play. Gentle, people-oriented and absolutely adorable, your pup will quickly become a beloved family member. His antics will keep you entertained and his eager affection will turn everyone he meets into a fan.

Non-Sporting Group; AKC recognized in 1893.
Weight is divided by classes as follows: Under 15 pounds; 15 pounds and under 20 pounds; 20 pounds and not to exceed 25 pounds.


Disqualifications: Eyes blue in color or any trace of blue. Dudley nose. Docked tail.  Solid black, solid brindle, or solid seal without required white markings. Any color not described in the standard